At The Motherhood Center Of Ny (The Rundown). 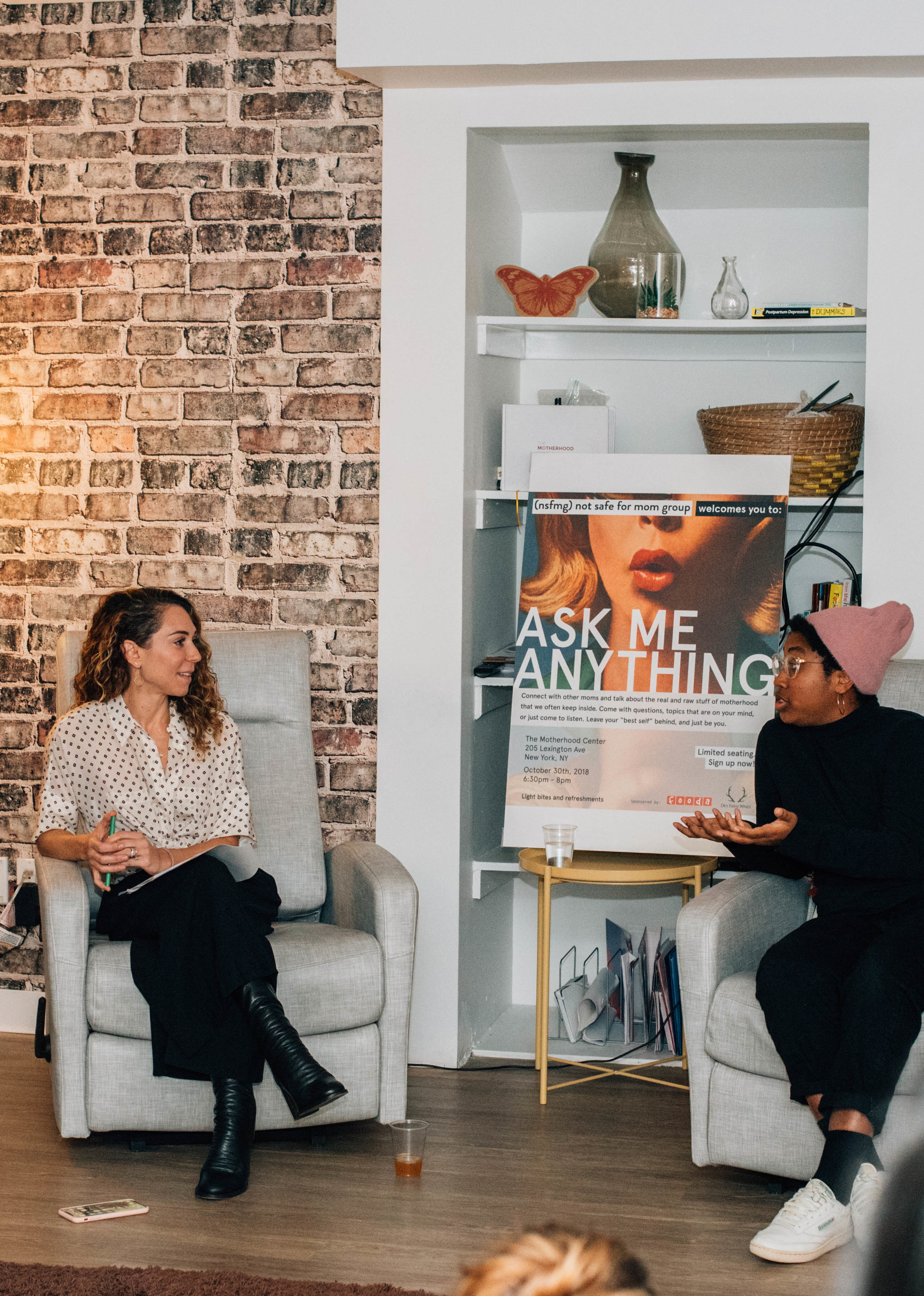 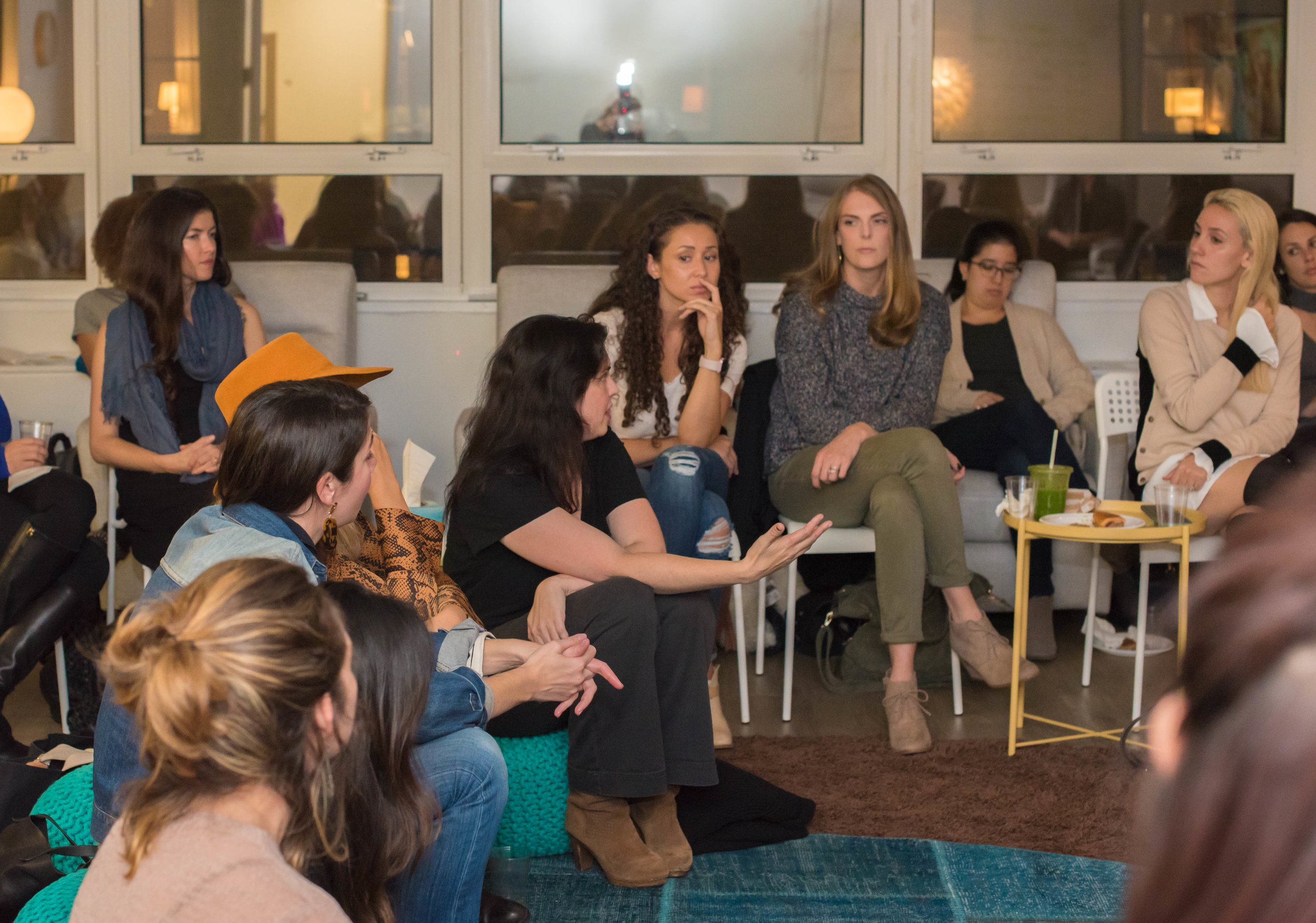 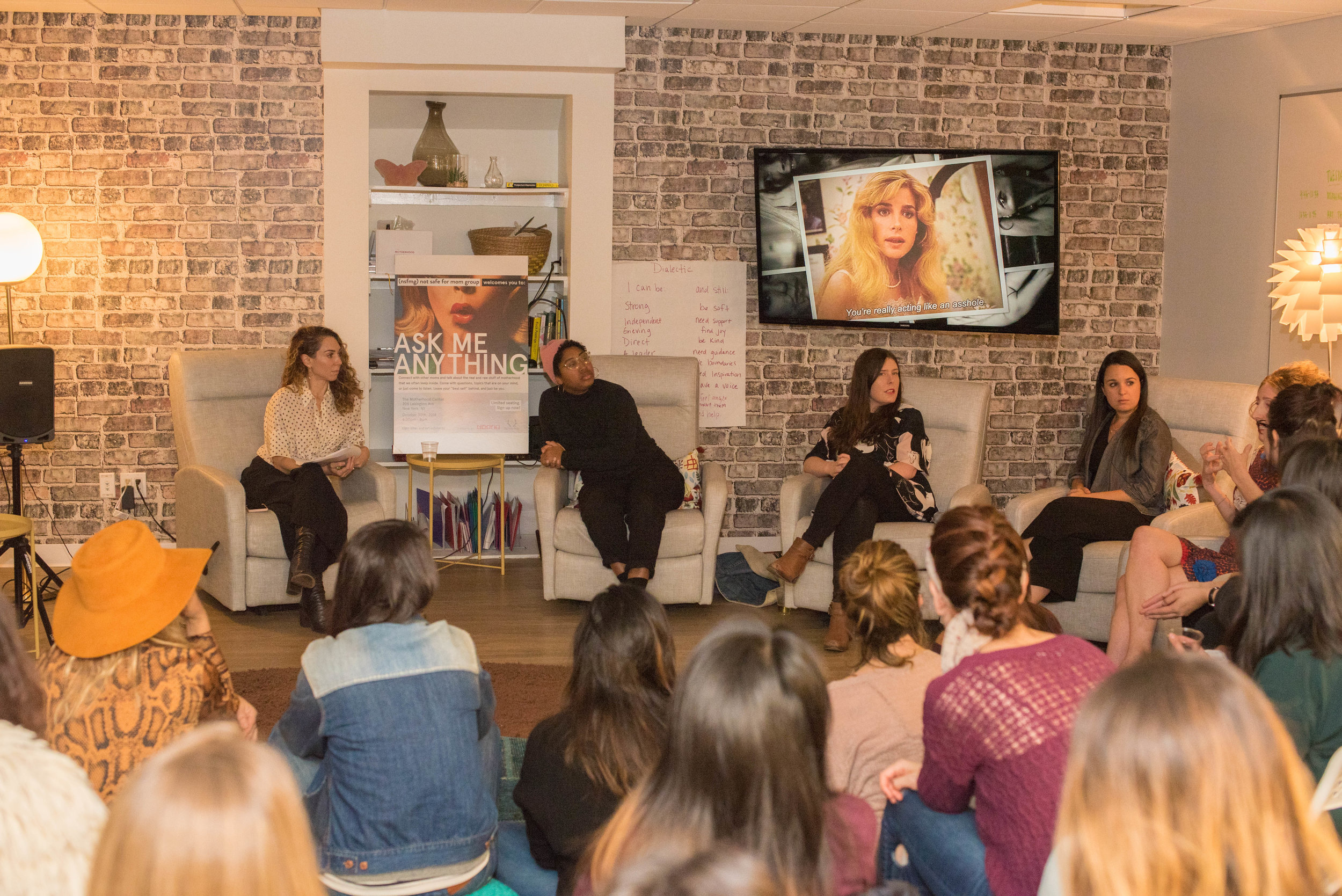 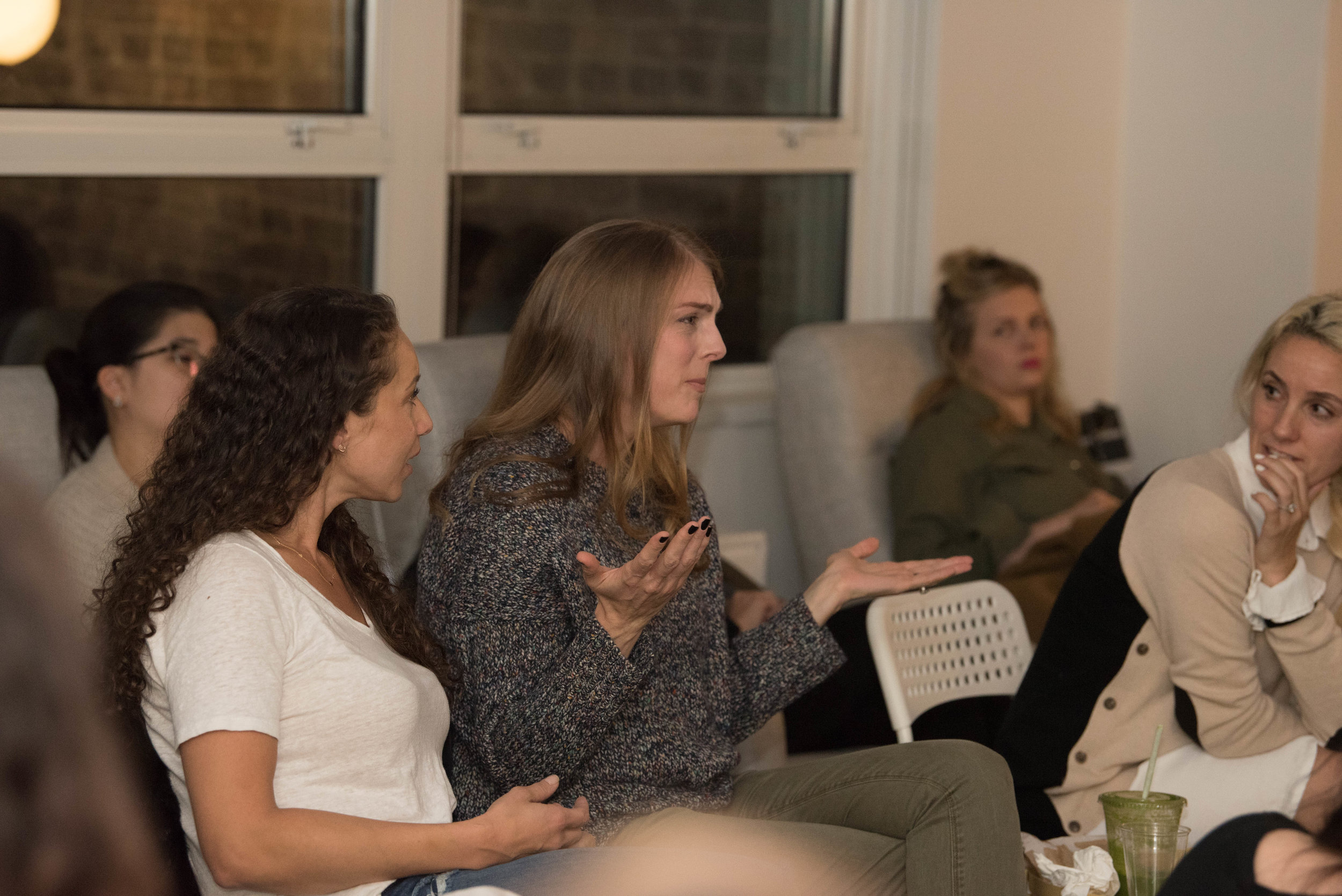 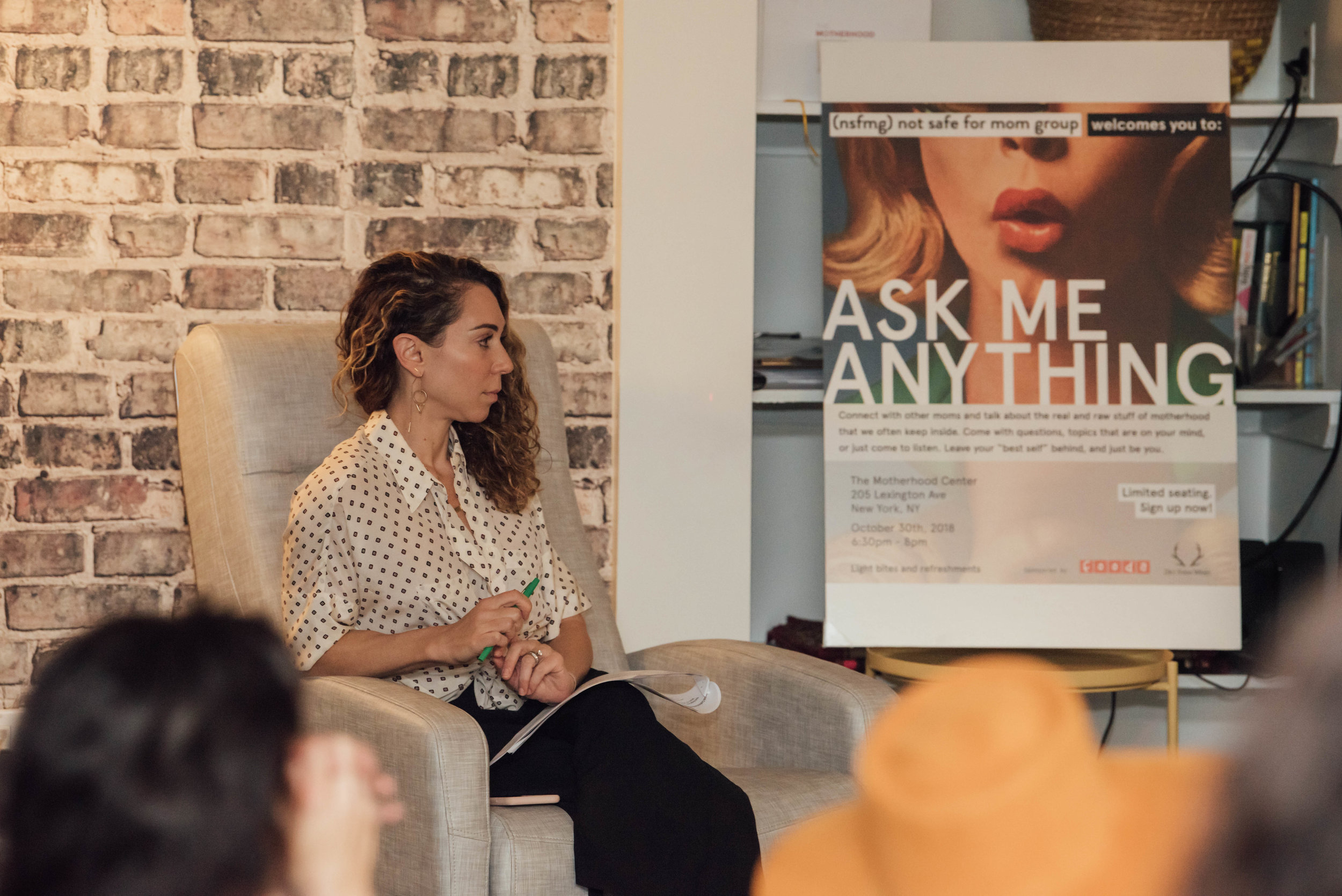 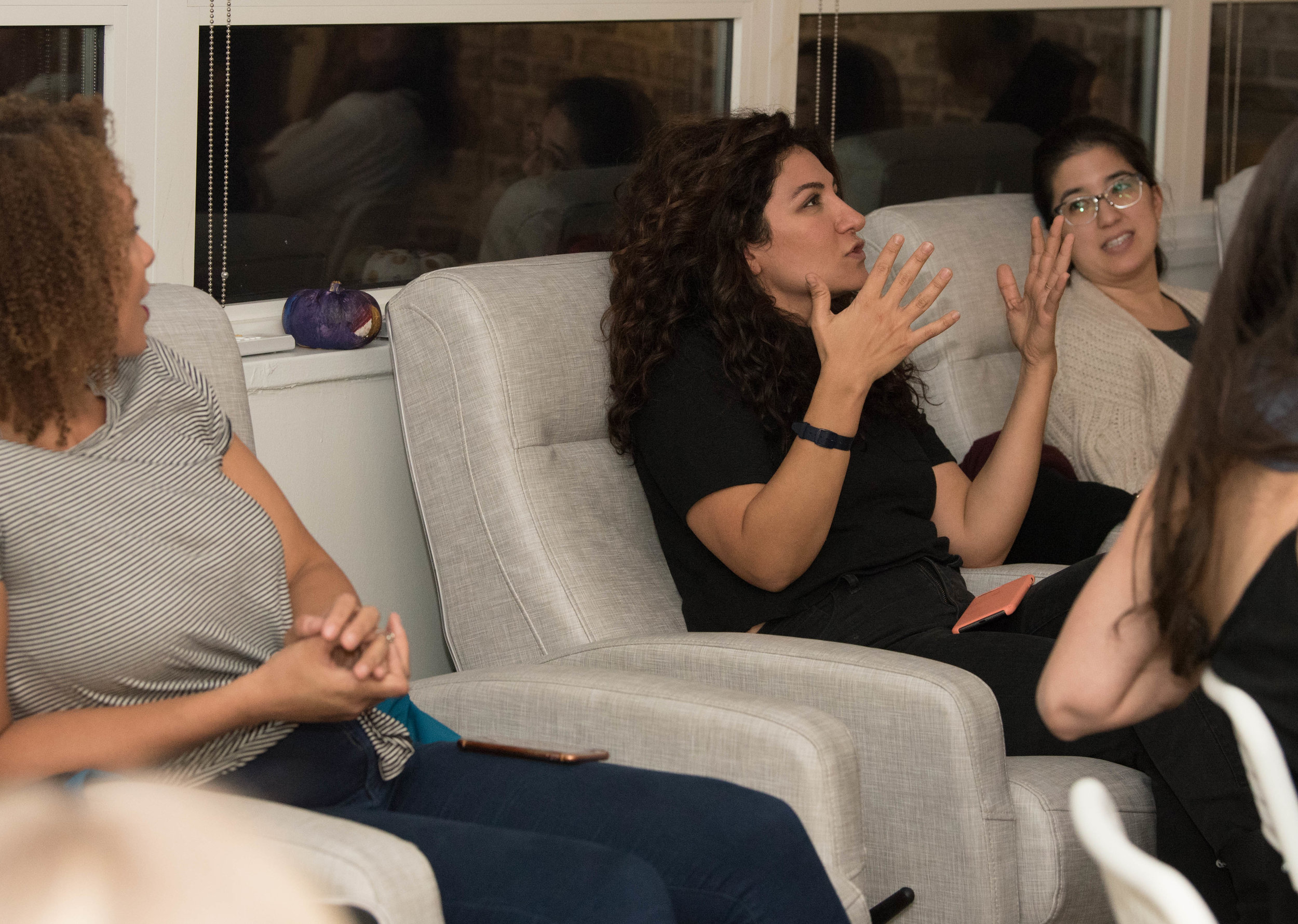 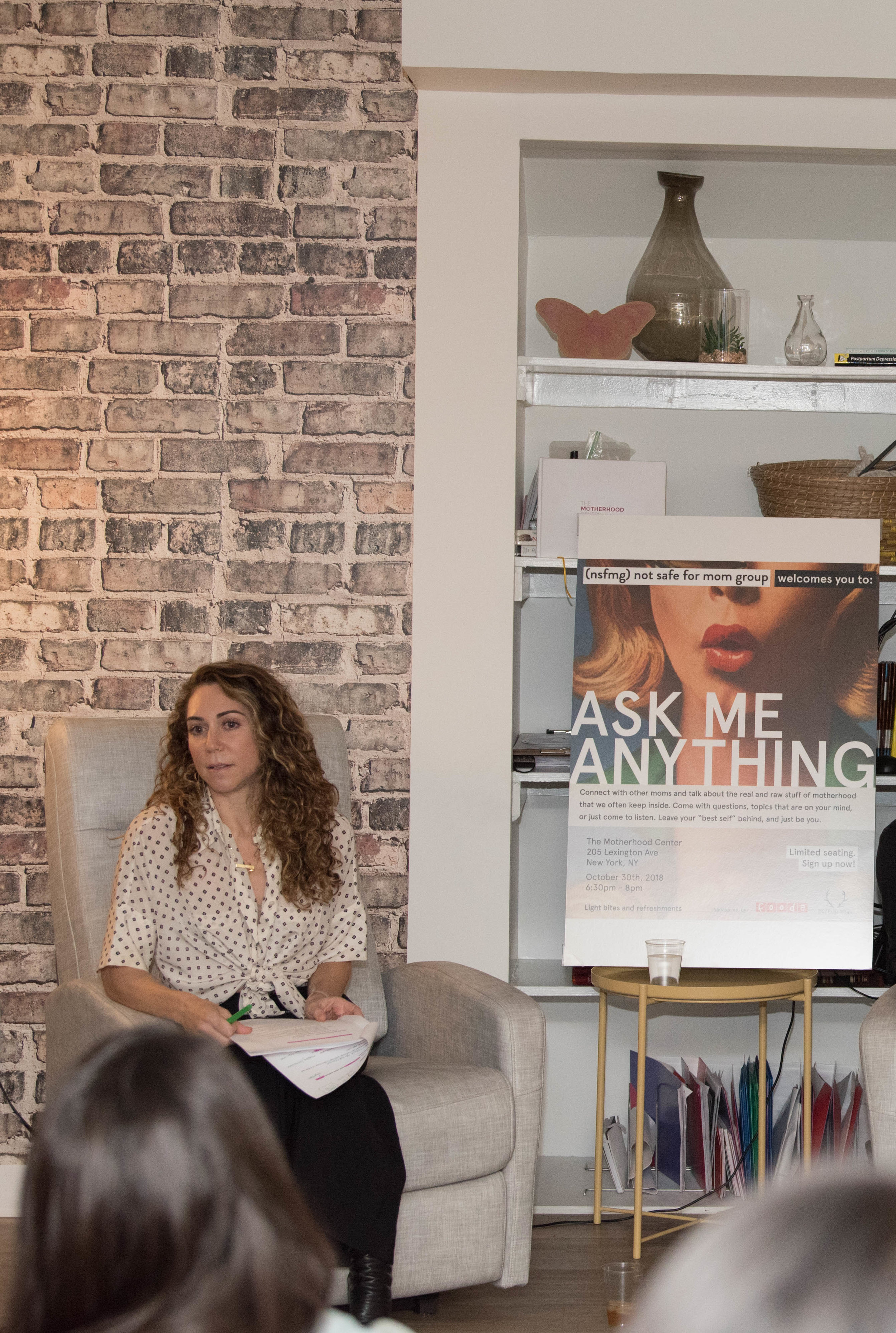 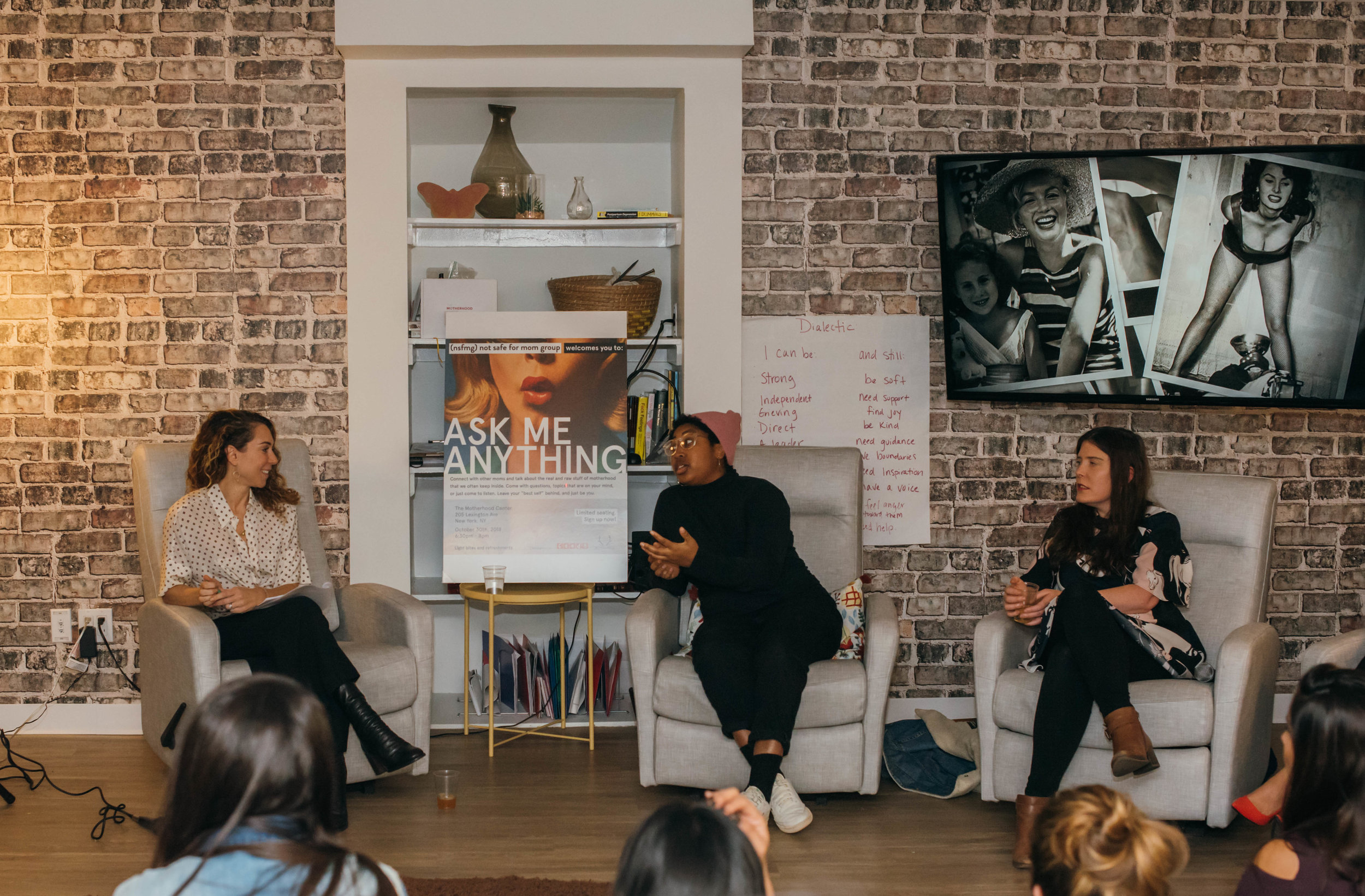 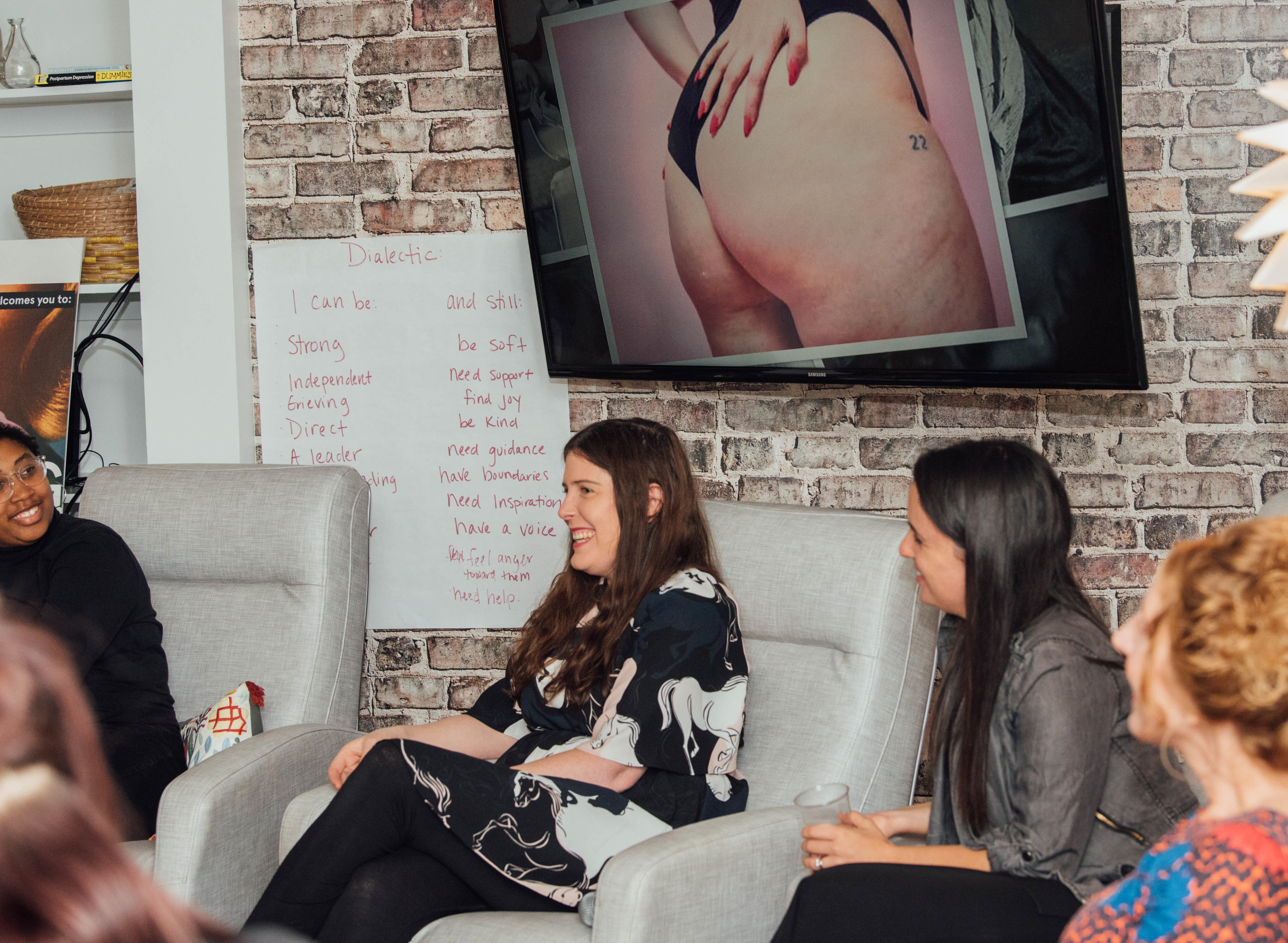 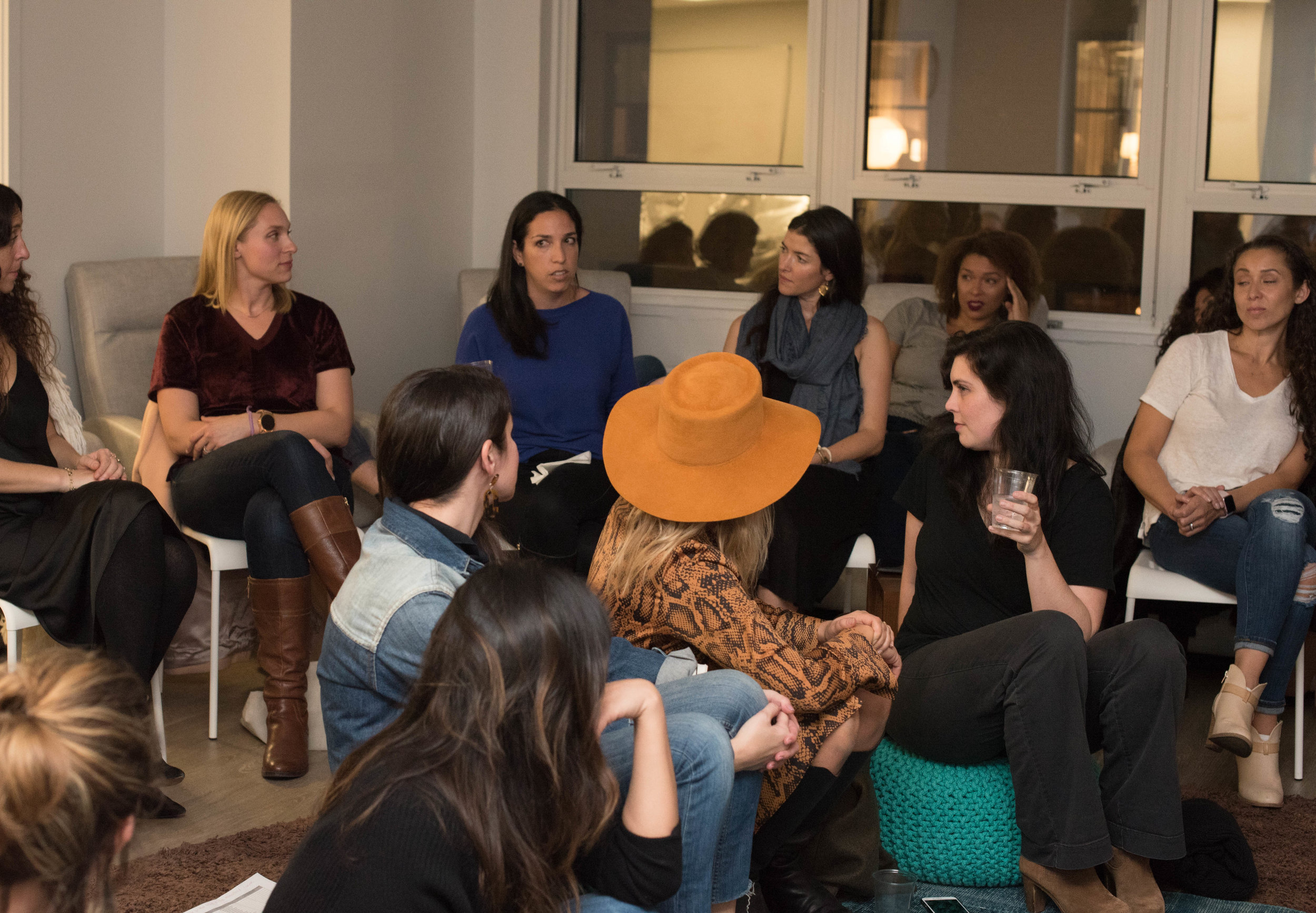 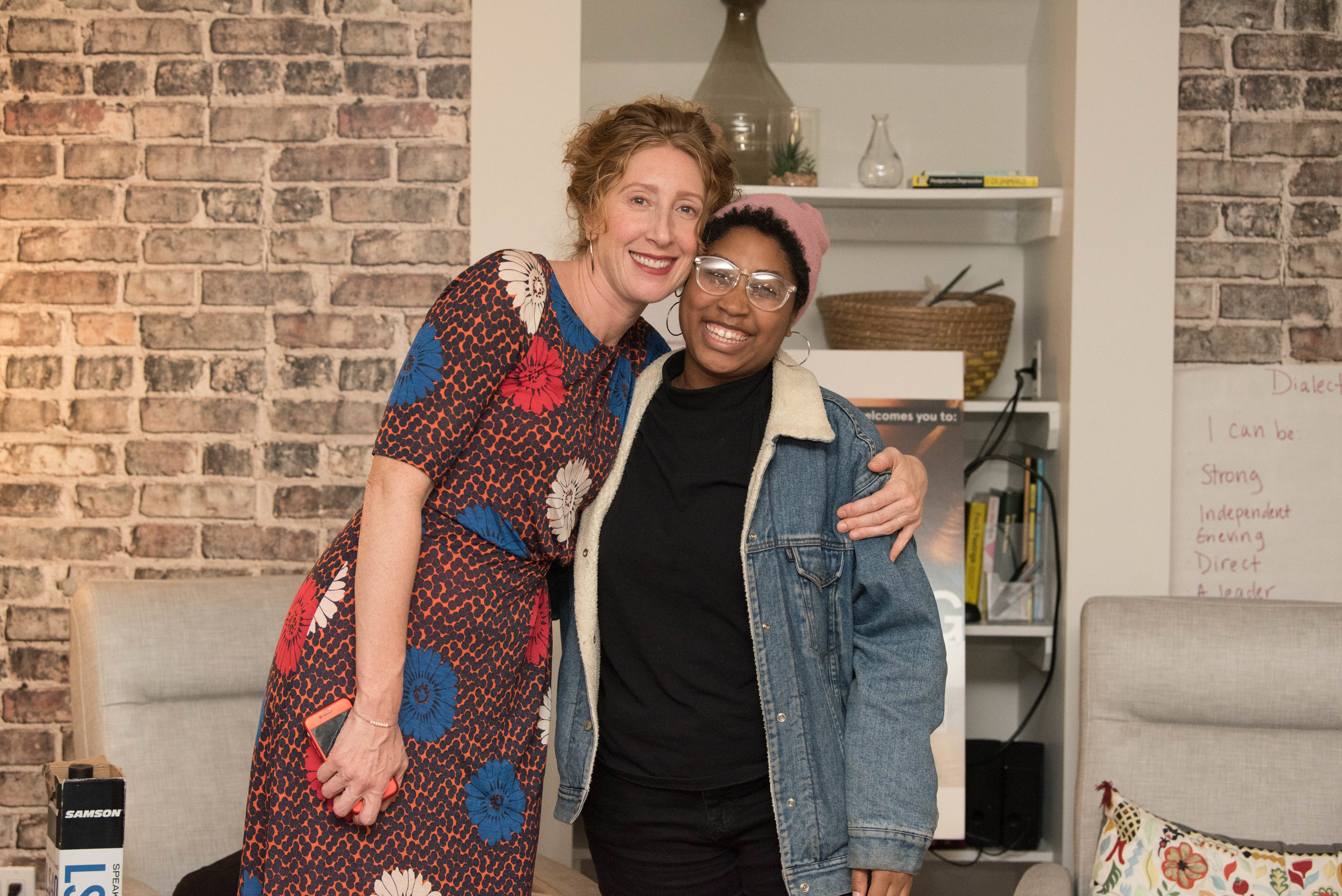 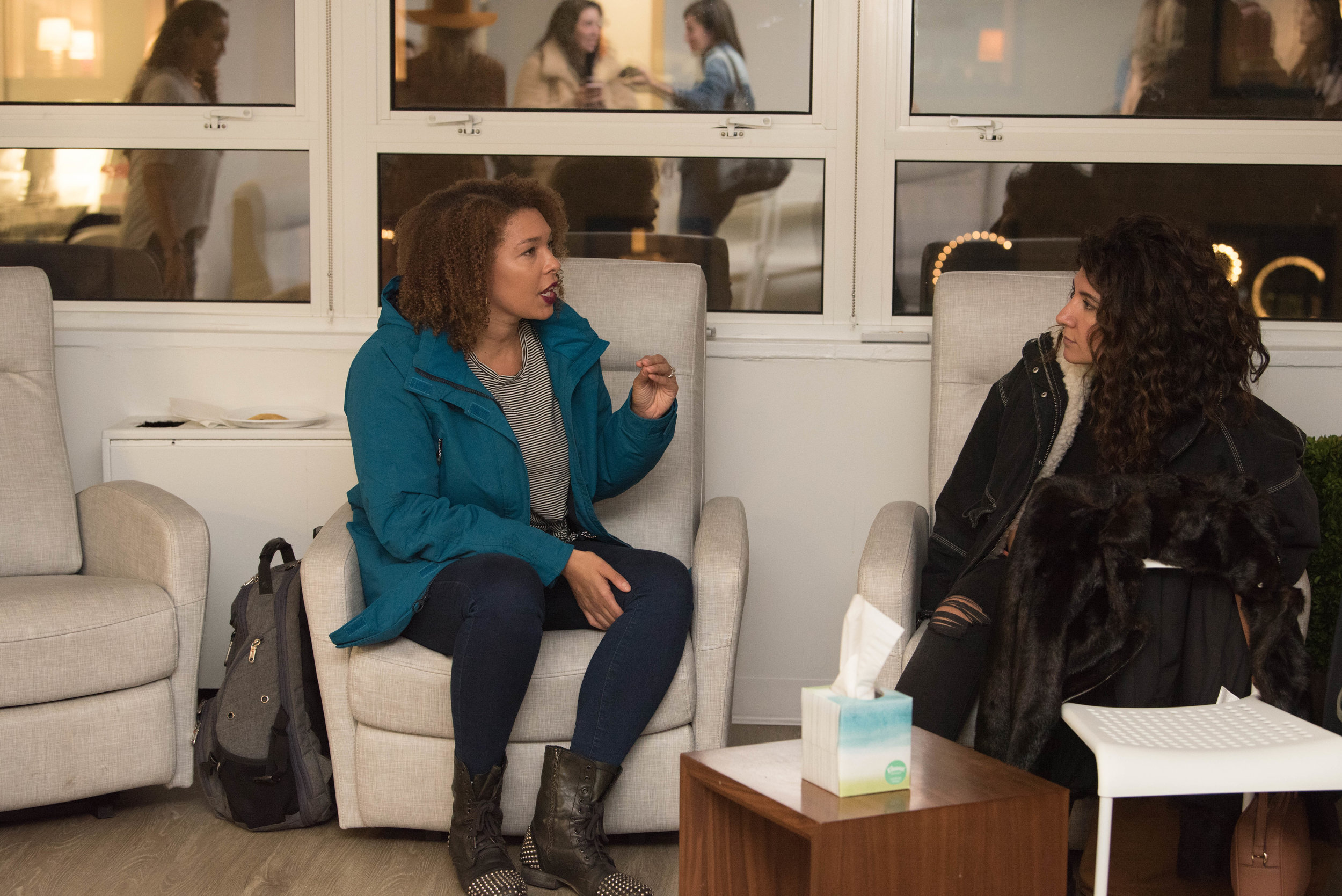 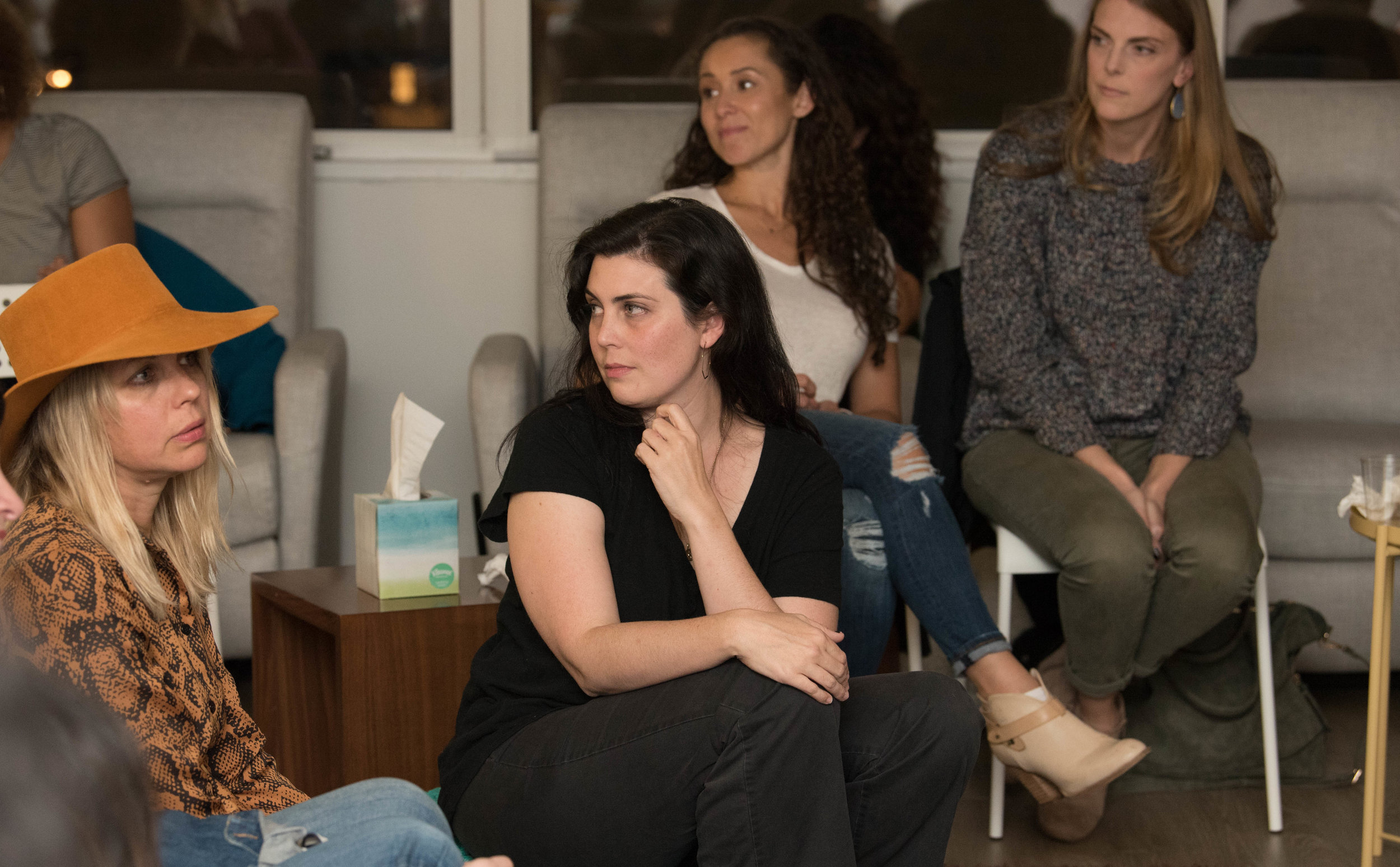 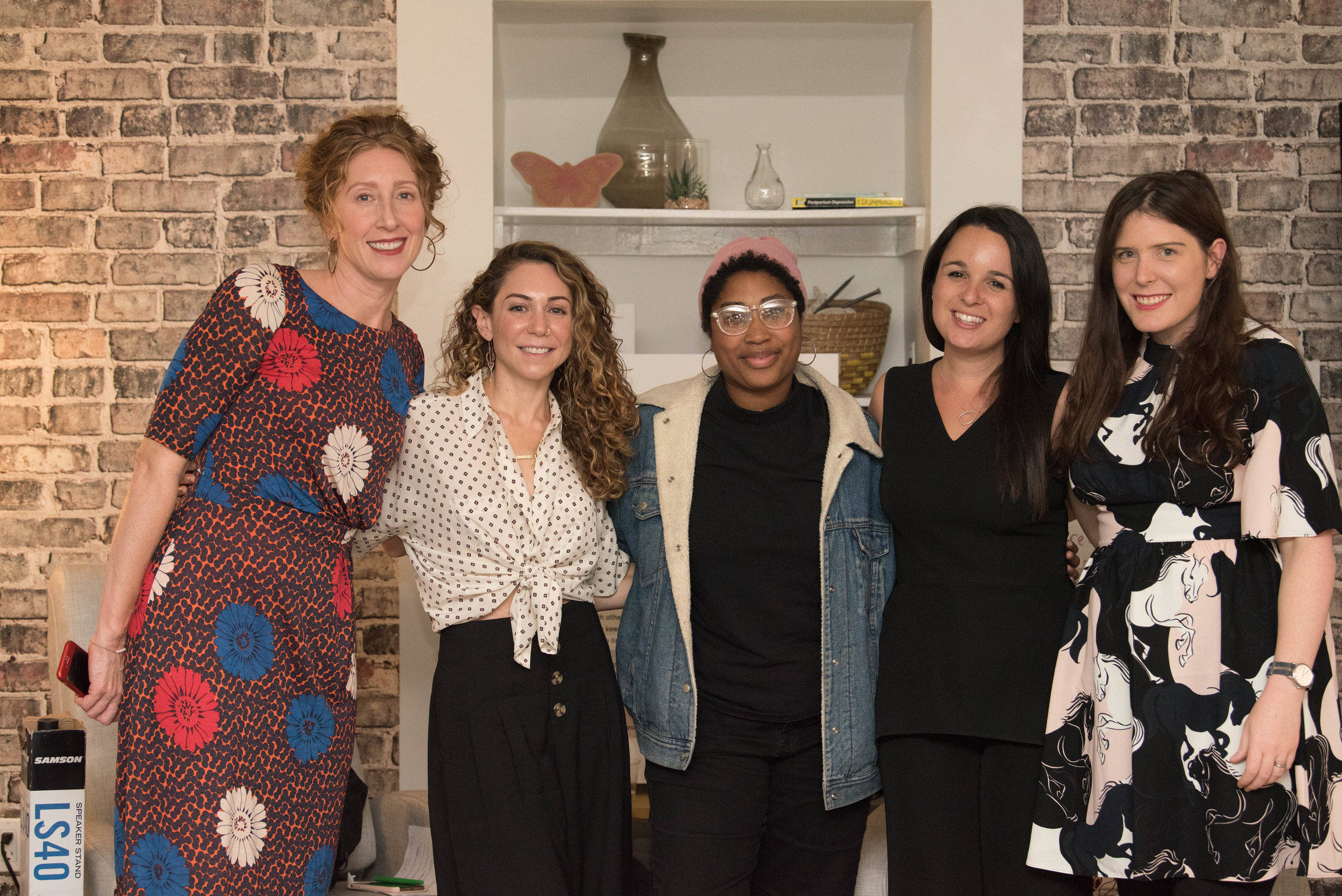 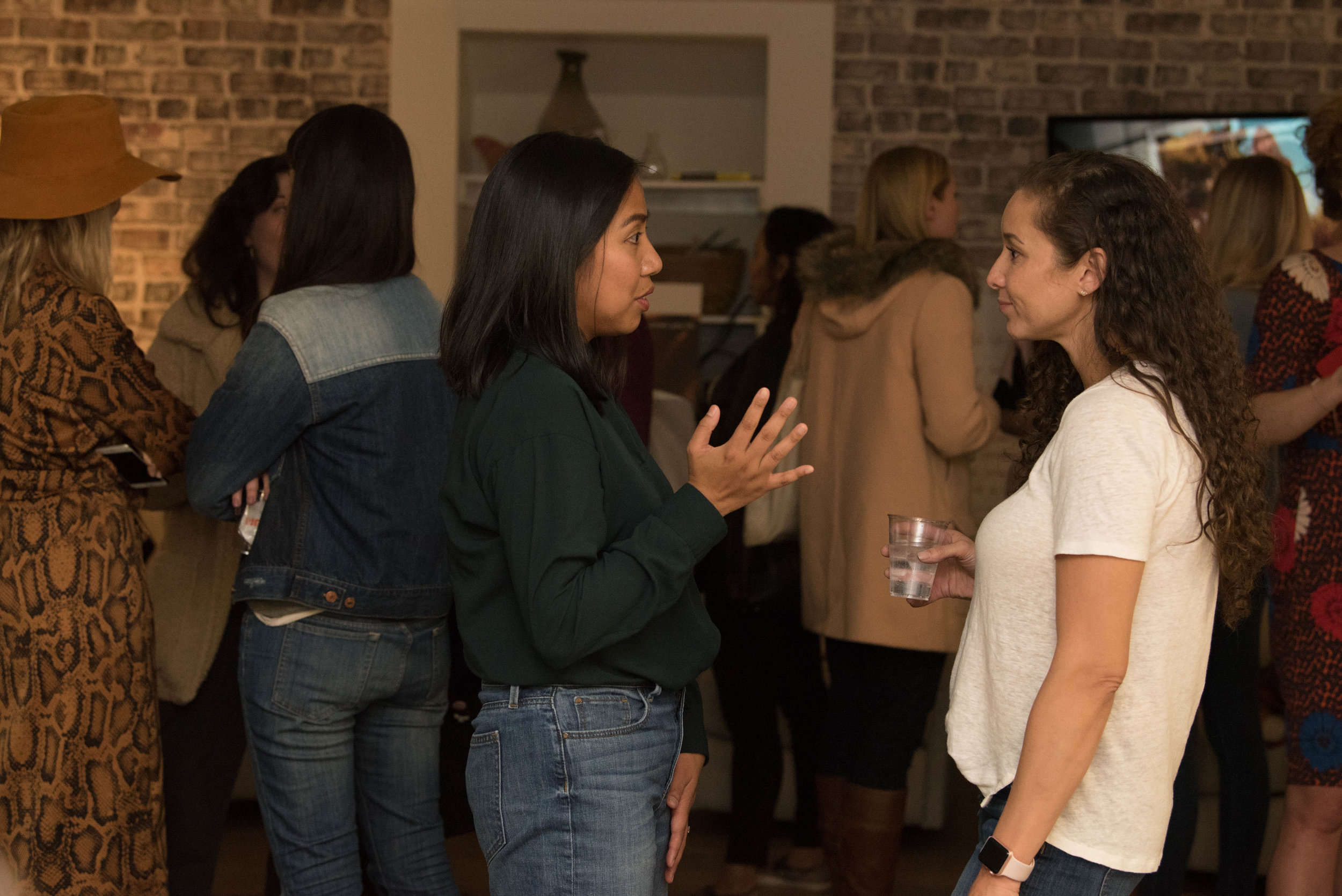 On the night before Halloween, over 40 women gathered together at The Motherhood Center (TMC) to talk about the kinds of things many people avoid talking about altogether: from mental health and PMADs, to their sex lives, to their feelings about their postpartum bodies, to the deep-rooted biases they experienced in the workplace. Was this a reunion of sorts? An organized meet-up of moms who’ve shared space many times before? Not at all. These women were, almost all of them, strangers — and they opened up because, perhaps for the first time ever — they were invited to.

This invitation came from the joint venture between TMC and Not Safe For Mom Group (NSFMG). TMC and I decided to partner on NSFMG’s inaugural event — the purpose of which, was to bring the same feeling of openness and connection that occurs in the online community, to a real life setting.

The evening was moderated by me; and guided by four seasoned and very impressive panelists: Paige Bellenbaum, of TMC; Christy DeGallerie: a writer, activist, and performer; Sarah Lux-Lee, founder of Mindr; and Rachel Hills, author of “The Sex Myth.” The panelists boldly engaged in each topic so that the audience felt brave enough to jump into the conversation. This was no ordinary panel format event — but a true, interactive, panel-meets-audience experience.

Mothers came from Connecticut, New Jersey, the Bronx, and Queens (in addition to Brooklyn and Manhattan) to participate in the evening. For some, it was the first time they had ever left their babies for a night out. For some of the more seasoned moms, TMC was a bittersweet discovery — as they wished it had existed when they had had their own babies. Still, so many attendees were thrilled at the opportunity to learn about the center from inside its walls, and to be able to share information about it with their own circles.

The event went way over time, and barely anyone budged — despite the babysitters, and partners waiting at home. And for those who had some time to spare, there were empanadas (and other Cuban fare), and natural wine to partake of — thanks to sponsors Fooda, and Dry Farm Wines (respectively). TMC and I are excited to see what’s in store for this new partnership in 2019. Stay tuned!

This write-up was originally featured here.

All photographs by Ren’ee Kahn Bresler for Not Safe For Mom Group, (c) Alexis Barad-Cutler.

Mom Group in your Inbox?

It’s a thing. Come get some.